Be the first to review

I discovered NLP some years ago after a climbing accident left me with vertigo. I tried many systems to lose the phobia, but none worked until I tried NLP. Very quickly, I was free of my fear of heights and able to pursue my hobby again. After a works injury, I developed a chronic back condition and remembering my sucess with NLP, I used self hypnosis to help with the pain management, cutting down on the need for medication. Having been helped myself with these techniques, it became a mission to spread the word and help others.

Healing by trance state has been acknowledged for centuries and has been observed, in one form or another, in virtually every culture throughout the world. However, the term ‘hypnosis' (from the Greek ‘hypnos', meaning ‘sleep') was only coined around 1840 and remains a somewhat less than accurate description of the experience as, in most respects, the hypnotic state is entirely dissimilar to sleep. At our current level of knowledge, the phenomenon cannot be conclusively defined but perhaps a reasonable interim definition might be that: ‘Hypnosis is a state of mind, enhanced by (although not exclusively) mental and physical relaxation, in which our subconscious is able to communicate with our conscious mind'. This state of mind may be brought about either by oneself unaided (self-hypnosis) or with the help of another person. If this other person is a trained professional, who utilises the resultant state to encourage beneficial change to occur, the process is referred to as ‘hypnotherapy'

Psychological therapy and counselling (sometimes referred to as the ‘talking cure') is the treatment of emotional and psychological disorders, unwanted habits and undesirable feelings, using psychological techniques alone. The aim of all such therapy is to assist people (usually referred to as clients) in finding meaningful alternatives to their present unsatisfactory ways of thinking, feeling or behaving. Therapy also tends to help clients become more accepting both of themselves and others and can be most useful in promoting personal development and unlocking inner potential.

Hypnotherapy could be legitimately described as the original psychological therapy and somewhat more contentiously perhaps, as the basis for many of the more recent styles of psychological intervention. There are many forms of psychological therapy but hypnotherapy is distinctive in that it attempts to address the client's subconscious mind. In practice, the hypnotherapist often (but not exclusively) requires the client to be in a relaxed state, frequently enlists the power of the client's own imagination and may utilise a wide range of techniques from story telling, metaphor or symbolism (judged to be meaningful to the individual client) to the use of direct suggestions for beneficial change. Analytical techniques may also be employed in an attempt to uncover problems deemed to lie in a client's past (referred to as the ‘there and then') or therapy may concentrate more on a client's current life and presenting problems (referred to as the ‘here and now'). It is generally considered helpful if the client is personally motivated to change (rather than relying solely on the therapist's efforts) although a belief in the possibility of beneficial change may be a sufficient starting point.

There are currently no reviews for this company

All fields are required. Your review will appear immediately.

Thank you for submitting your review.
There was a problem submitting your review. Please try again later.
Incorrect password. Please try again.
You cannot review your own business
Reviews are limited to one per user and you have reviewed this business before.
The email address you have entered is already registered. If you have forgotten your password use the 'Forgotten your password?' link to reset it. 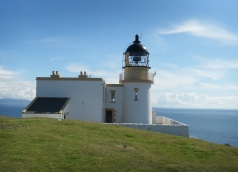 We offer these services

We offer these payment methods

The House By The Square, Wolverhampton, WV8 1DE